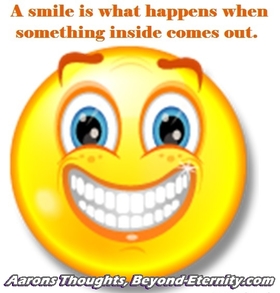 Officer of BE Aaron's Thoughts
aron ThomasonJuly 17 at 9:18am     So, I was having a conversation with Tonie, and the subject of the mentality of the guild, and how we do things came up. At that point I realized that the majority of our members probably are not aware of how we look at the game we all enjoy. You know, that game we all pay $15 a month for. So I thought I would write to you all and try to explain it, from my point of view. Bare with me now. After all, I am The Slow One. You may not know who I am, but you know me as Myth in game. All my toons begin with Myth. I have been playing with Tonie since around the middle of WoTLK. As soon as she brought me into the guild, I knew I was home. It was not until that point that I even really got into the end game content. She helped me out, coaching me on my tank. I was but a newb tank who had NO idea of what I was doing. I mean none. I am sure I probably made her mad enough at times to want to reach through the internet and slap me silly. But she stuck with me.


So, first of all I would like to introduce to you all to our GM, Tonie. This is a woman who wears many different hats, in game and in real life. I am only going to concentrate on the in game part here though. First is the Tonie we all have met. AKA Foxy. Here is a fun loving, joking around with everyone, helpful person that just likes to enjoy this game with as many people as possible. Preferably running dungeons with guildies, maybe a little PvP but always willing and able to help anyone out with their toons, or any quests they might need help on. As long as they ask for it. I should probably mention here that she has a pretty good understanding of the game, and how the classes work. I believe, and Tonie correct me if I am wrong here, the only phase of WoW she has NOT been part of is ALPHA. Anyway, she sort of knows what she is talking about with this game, and loves to share that knowledge with anyone who wants it.

Then there is GM TONIE (imagine this being said in a low, booming voice with lightning crackling and thunder rolling….trust me…it sounds really cool in my head). This is the part that means business. A take no crap off of anyone type. When in this mode, and with the help of her officer, she cleans house getting rid of the freeloaders and riff-raff in the guild. Enforcing rules and penalizing those who have broken our rules. Also going over the roster and promoting those who have earned it. So not always bad things. Now, though tough, she is fair. 99% of the time she talks these decisions over with her officers, and takes their input before acting on anything. She is not one to just do it, unless it is something that really needs to be taken care of right that minute.

Now, as a guild, we love to have fun. After all it is a game and is meant to be enjoyed by all, with all. What I mean is that we do enjoy the game. There are times we might take it a little more serious, but for the most part it is all about the fun. Here are examples of what I mean. If we are doing guild runs through dungeons, LFR or just wondering around the world hunting a killing we are usually on vent harassing each other, poking fun and even tossing around some friendly crap talking. All in good fun. We are usually laughing and having a good time. Side note, and she will probably fly to Seattle to kick my butt here, but you know Tonie is having a really good time with the group when she starts snorting. Oh yeah….she will snort a bit when she starts laughing real hard….I make it my personal mission to make it happen at least once a run. Hugz Tonie. Love ya!! It gets really good when she decides what your nickname will be. Nicknames are earned in this guild. I earned mine “The Slow One” back in Cataclysm. But that is a story for another time. Just ask me if you want to hear it.

Now when it comes to our Raids, this is really the only time we are somewhat serious. We might be joking during trash pulls, but on the boss fight it is all business. We are there to get him down and move on to the next. We do not always get it in one shot. Hell, lets be honest…we rarely get it in less than 5. But we stay at it. This is another serious side of Tonie. Raid Lead. If she says jump, just say yes Mistress and jump. The repairs you will incur from jumping off that cliff to your death are covered by the guild repairs. Just kidding!!! However, when it is raid time, it is time to bare down, be ready and know how to play your class.

In closing I just want to share my thoughts of this guild. They are my family and friends. I will always be there for them. Just like I know they will be there for me. This is the mentality we strive to maintain in this guild. Real life comes first, and we know that. First and foremost is to enjoy the game, and play it the way you want to play. It is your $15 after all. All we ask for is a little seriousness when it comes to raids.
Powered by